Colin Kaepernick, the darling of the social justice warrior movement, just signed a one million dollar book deal with Random House imprint One World. Kaepernick is the former San Francisco 49ers quarterback who started the NFL players’ protest during the national anthem.

Kaepernick began his NFL career as a backup quarterback to then starting 49ers quarterback Alex Smith. During the 2012 season, Smith suffered a concussion and Kaepernick finished the rest of the season as their quarterback and led the team to their first Super Bowl appearance since 1994. In a close game, the Baltimore Ravens defeated the 49ers 34-31 in Super Bowl XLVII. In 2013, his first full season as starting quarterback, he led his team to the NFC Championship game’ which they lost 23-17 to the Seahawks. Despite the fact that these big-games were defeats; this is still an impressive record for a quarterback.

At the end of the 2016 NFL season, Kaepernick opted out of his contract with the 49ers to become a free agent. Since then he has been unable to find a spot on an NFL team.

News of the book deal comes as it becomes more apparent that Kaepernick is unlikely to play in the NFL anytime soon. Despite a rash of severe quarterback injuries in the first half of the NFL season, no team has picked him up.

His new role as an author doesn’t mean Kaepernick has given up on football, however. The quarterback recently filed a grievance against the league claiming NFL owners have colluded to keep him off a roster.

Colin Kaepernick has inked a book deal worth just over $1 million with Random House imprint One World, Page Six has exclusively learned.

Ex-San Francisco 49ers quarterback Kaepernick launched the current movement of NFL players protesting during the national anthem, and he’s recently filed a controversial collusion grievance against league owners. He’s still looking for a job in the NFL after opting out of his 49ers contract earlier this year. 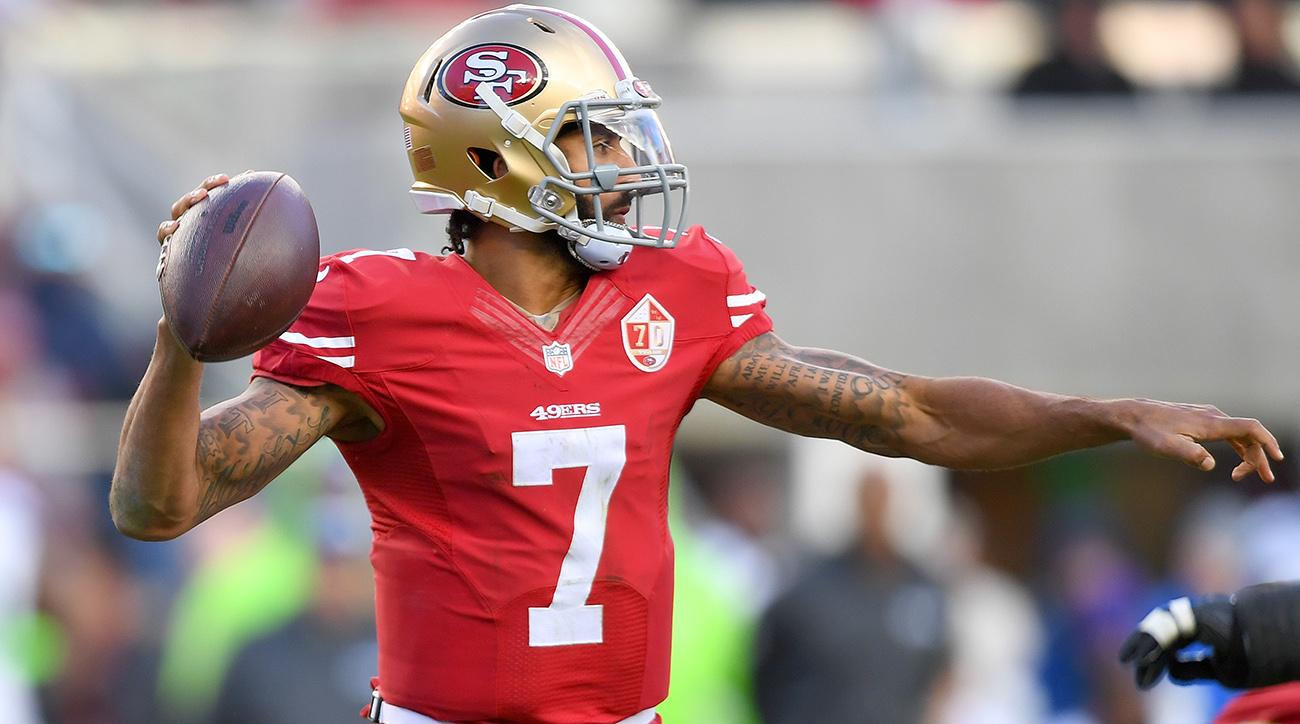 Pro Football Talk reports the deal with Random House is worth more than $1 million, but the details on the content and specifics of the book are unclear.

The quarterback started kneeling during the national anthem last season to protest police brutality and racial inequality. Several other NFL players, as well as numerous other athletes across America, ultimately joined him. The protests grew this season after President Donald Trump criticized NFL players who chose to follow suit. Trump said owners should “fire” NFL players who protest the anthem and referred to them as “son[s] of b——“. Players responded by protesting en masse.

They trying to hold him down but my dog Colin Kaepernick stay winning! Congratulations on ya book deal!!! ✊🏿

Looking at All The Racist Comments About Kaepernick’s $1 Mil Book Deal Only Proves He Was Right to Kneel https://t.co/HrJcCglSWW pic.twitter.com/jb0zJfWUQX

Even with a promising career in 2012 and 2013, Kaepernick not being able to find employment in the NFL are two-fold. The first and most significant reason is his poor win-loss record. Even in progressive San Francisco, the 49ers were eager to drop Kaepernick. Kaepernick’s actions might not have played well in other parts of the country, but for the most part, the fan base in San Francisco agree with him politically. When you’re a winner people will put up with your baggage as long as you’re delivering W’s. If he was still making the playoff and had won a Super Bowl for the 49ers, I have no doubt he would be their starting quarterback today.

The second reason he is not playing in NFL is his political stances. Remember the NFL is a business, and the purpose of a business is to make money. When your protests and your beliefs negatively affect the profitability of your employer, there are not many reasons why a new NFL team would be willing to sign you to a multi-million dollar deal when you’re not delivering W’s. This isn’t collusion on the NFL owners part. It basic capitalism 101. NFL owners might be willing to give him another chance if he didn’t bring excess baggage with him to the team.

So here is the truth, Colin. Be thankful you live in America where you can make a million dollars telling people how the American system is oppressing you.